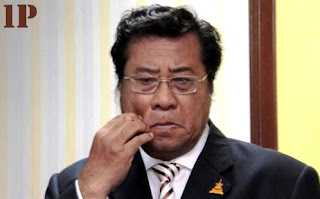 SELAYANG: A subsidiary of Selangor Development Corporation, PKNS Infra Berhad, will be hauled to justice for H2O theft during its construction site in Bukit Botak here.
The construction association was held in the act during the raid by Syarikat Bekalan Air Selangor Sdn Bhd (Syabas) yesterday following the tip-off.
Syabas corporate communications and open affairs Priscilla Alfred pronounced the association had illegally tapped H2O from their main pipe given March, causing over RM211.300 in losses.
The association faces the RM100.000 excellent and the year's jail or both underneath Section 123 (3) of the Water Services Industry Act 2006.
She pronounced the company, the seventh executive to be taking over the lowcost housing project, claimed to be unknowingly of the bootleg H2O connection.
"They claimed the utilities was handled by their subcontractors though you have been still pressing charges against the association as they have been the main contractor."
When contacted, PKNS Infra declined to comment.
An worker checking upon! the H2O tie during the raid by Syarikat Bekalan Air Selangor Sdn Bhd during the construction site in Bukit Botak, Selayang, yesterday.